THE CHALLENGE OF BIOSERCURITY IN PERIURBAN AREAS – A CASE STUDY

The periurban environment poses unique animal biosecurity challenges. The Greater Sydney population is expected to exceed 5 million in 2016, and historically has absorbed the majority of the population increase in NSW [1]. Further, Greater Sydney has a disproportionately large concentration of many of Australia's migrant communities, with a range of common languages spoken at home and religious affiliations [2]. From Annual Land and Stock Returns farms are small both in terms of area and livestock numbers. From experience, many farms lack proper handling facilities, significant numbers of stock are suspected to be sold privately, and knowledge of regulations governing the ownership and sale of stock is believed to be poor.

The following case exemplifies how some of the characteristics of stock owners in the Greater Sydney region can culminate to create significant biosecurity risks.

During the winter of 2015, the RSCPA contacted Greater Sydney Local Land Services having a seized a goat that was lame on all four feet. Photos of an affected foot revealed extensive under-running of the heel extending to the outside edge of the sole of the claw, and therefore the animal was given a Score 4 according to the Footrot scoring guide. The RSPCA inspector indicated that a number of sheep and goats on the property were also lame, but not so severely as to warrant seizure by the RSPCA. The property owner was reported to be in hospital.

The following day (Day 1) biosecurity staff from Greater Sydney Local Land Services and staff from the RSPCA attended the property along with the son of the property owner. The 2.11-hectacre property contained >25 goats, >25 sheep, >30 pigs, >10 horses, and 1 alpaca, in addition to pigeons, ducks, rabbits, and dogs. Very few of the sheep and goats had NLIS tags in their ears, and the few tags that were present were predominantly emergency tags issued by the Camden saleyard. Feed on the property consisted of flour, hay, and commercial pig feed. While some of the pigs were penned separately, the remaining stock were maintained on a single contiguous paddock. In addition, a dead rabbit and dead chickens were observed hanging within the paddock. The property was very wet, heavily contaminated with manure, and heavily damaged by the very high stocking density. 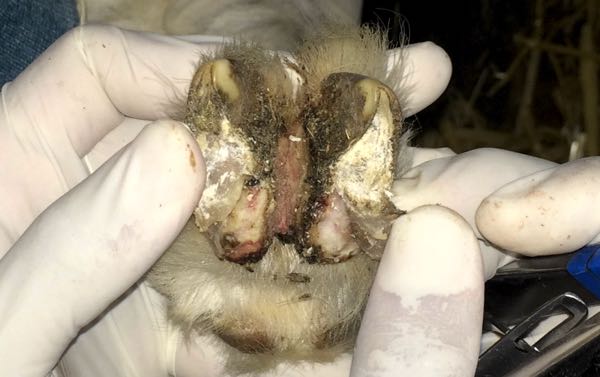 Figure 1: Foot of goat seized by the RSPCA 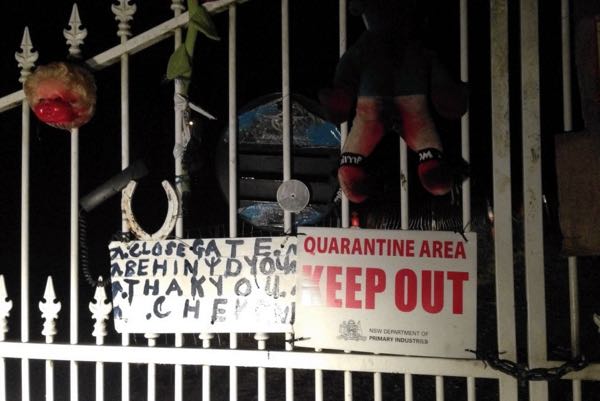 Figure 2: Quarantine sign on one of the entrances to the property

On Day 4 the property was inspected by the Greater Sydney senior district veterinarian (SDV) and a senior regulatory officer from the Department of Primary Industries (DPI). The circumstances described above were unchanged, though on this occasion an additional three markedly lame goats were observed. The property owner remained in hospital. A friend of the property owner, the owner’s son, the owner’s daughter and son-in-law were all present though none were willing to take responsibility for the stock on the property. The son indicated that he had power of attorney for the property owner. 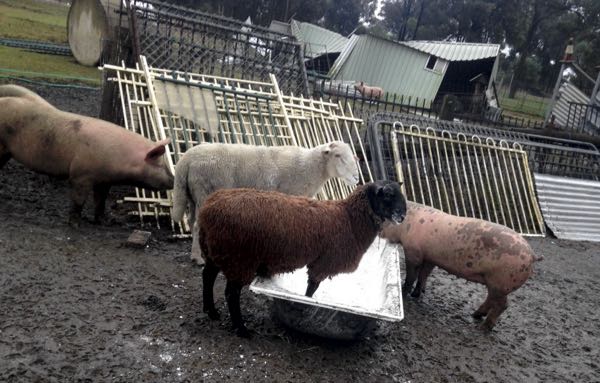 On Day 32 biosecurity staff from Greater Sydney LLS, the senior regulatory officer from the DPI, and contractors hired to yard and transport the stock removed all pigs, goats, and sheep from the property. Police were present at the time the work commenced, though departed prior to the end of the operation. The animals were sent to the nearest abattoir that would accept all three species. By this time the property owner had returned home from hospital but remained in the house with a friend while the animals were being loaded. The son of the property owner, who had power of attorney, signed the National Vendor Declarations and movements permits to enable the stock to be transported and sold.

In total, 34 pigs, 39 goats and 25 sheep were removed from the property. Seven piglets that had been on property previously were missing on Day 32 and never found. The property owner was paid for the sale value of the animals, less the costs of yarding and transportation.

Australia has a highly urbanized population, with 89 percent of the population living in urban areas [3]. The areas at the fringes of urban environments are diverse, dynamic, and undergoing rapid land use change as a result of urban expansion [4]. It is estimated that the expansion of Australian cities has removed more than 1 million hectares of rural land since 1945, and this urban sprawl has had considerable impact on agricultural productivity due to the occupation of land with high-quality soils, reliable rainfall and warm climates for growing food [5]. And yet periurban regions generate around 25% of Australia’s total gross value of agricultural production from less than 3% of the agricultural land base [6]. Further, farms in the periurban region have the potential to address the increasing disconnect between farms and urban markets [4].

The biggest challenge in dealing with this case was its rapid resolution. It would have been ideal to destock the property immediately after consent was given by the property owner, however constraints around the availability of contractors and suitable days at the abattoir meant that over three weeks elapsed between the time consent was given from the property owner and the time the property was destocked of sheep, goats, and pigs. It is fortunate that the efforts to address this biosecurity issue were not undermined during this interval.